I recently found these “No bullshit estimation cards”

I can’t agree more with the message they send regarding estimations. Almost everywhere I have worked, there has been a big emphasis on the need for estimating the time and effort for implementing and releasing a new feature, but in almost every case we get it wrong. Whether that is missed deadlines, over budget caused by a lack of information initially or due to people being off sick, etc… it can be a big problem if we pin so much hopes and commitments on that initial guess at when something will be delivered.

The reason we get it wrong is because we are making a guess based on only the information that we have up to that particular point in time, right at the “ideas” phase of the feature. And many teams struggle to revisit their estimates to update them as they learn more information. I’m sure many project managers and product owners also jump on that first estimate as an actual too, to commit to customers and clients that the work will be implemented by then. But things change. We learn more as we go along.

This coupled with the fact that if we use planning poker cards, then we tend to get sucked into a mode of trying to compare the feature that we are trying to estimate with a completely different feature that might actually have nothing in common. That alone can cause big problems with estimating… So much so that the Agile Alliance no longer appear promote the use of planning poker cards.

I also really like Matt Barcomb‘s concept of moving away from the term “MVP” (Minimal Viable Product) and his introduction of “SMURFS” (Specific Marketable Useful Releasable Feature Set). It really does shift the focus from a minimalistic smallest “thing”, to a smallest, usable, valuable, and marketable feature chunk. 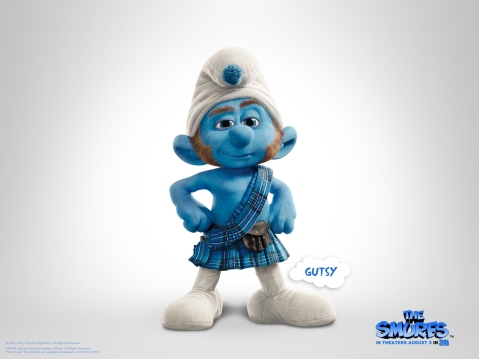 It really does tie in nicely with the cards I think. The SMURFS are what would merit the “1” card. It’s the smallest possible useful and marketable feature that’s valuable.

If the story isn’t at this point yet and we can break it down further, then that would merit the “TFB” card (“too fucking big” card).

And if we don’t have enough information about the story yet due to its complexity or our uncertainty, then the “NFC” card (“no fucking clue” card) would apply. This card ultimately means that we need to continue to ask more questions and do more investigations to gain more information to be able to make decisions on the story.

So get yourself some of the no bullshit estimation cards and start promoting SMURFS!